Deputy Andy Burns was appointed by retired McLean County Sheriff Jon Sandage to be a canine handler in the fall of 2017.  Following Rico's retirement, Deputy Burns was partnered with K9 Kano in the fall of 2021.  Kano is a Belgian Malinois/German Shephard mix originally from Slovakia. Deputy Josh Albee was appointed to be a canine handler in the winter of 2022 and continues to work K9 Shadow, a Belgian Malinois, originally from The Netherlands. Both canine teams are assigned to the patrol division where they assist deputies and surrounding agencies in a variety of patrol related functions. 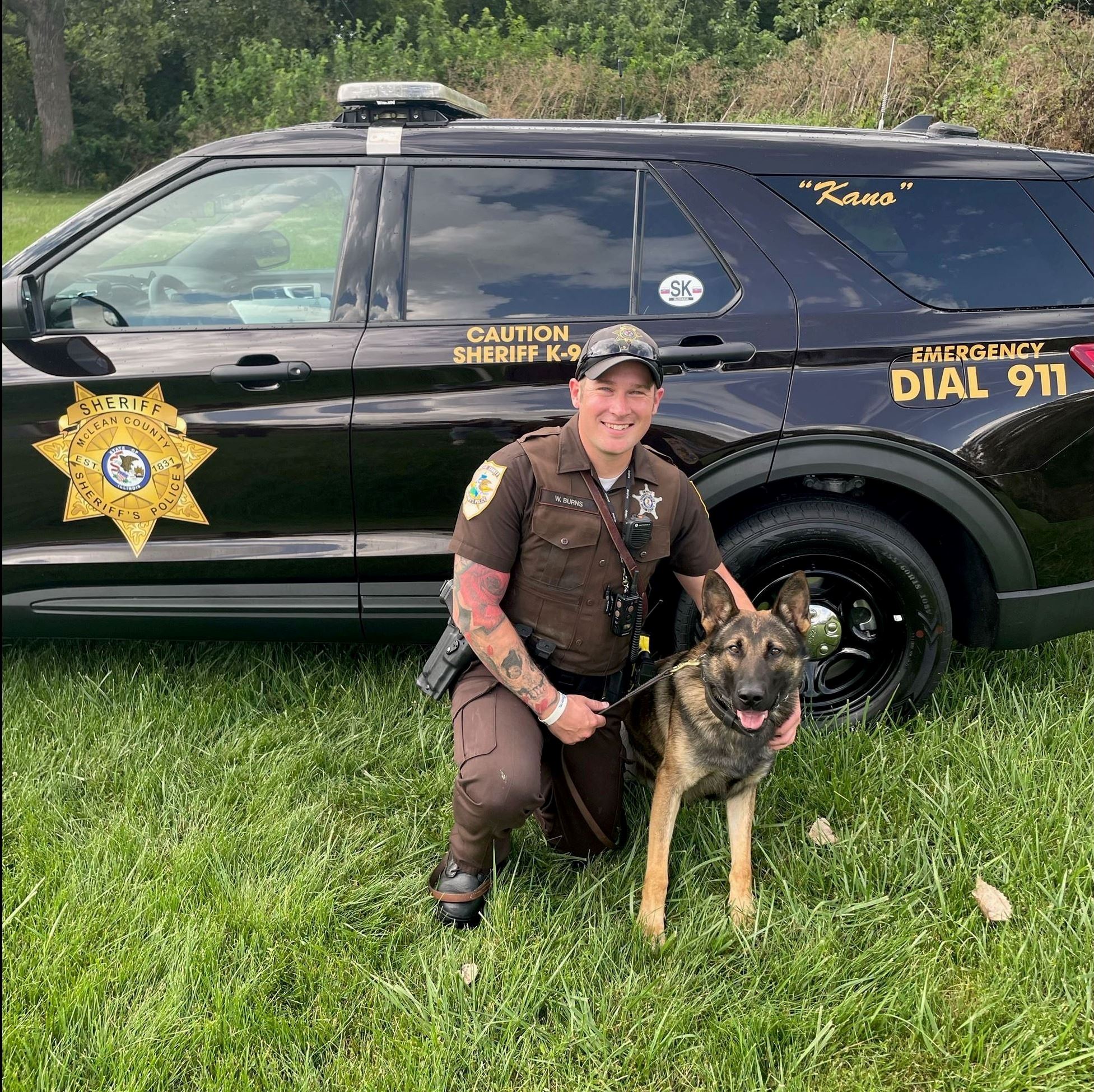 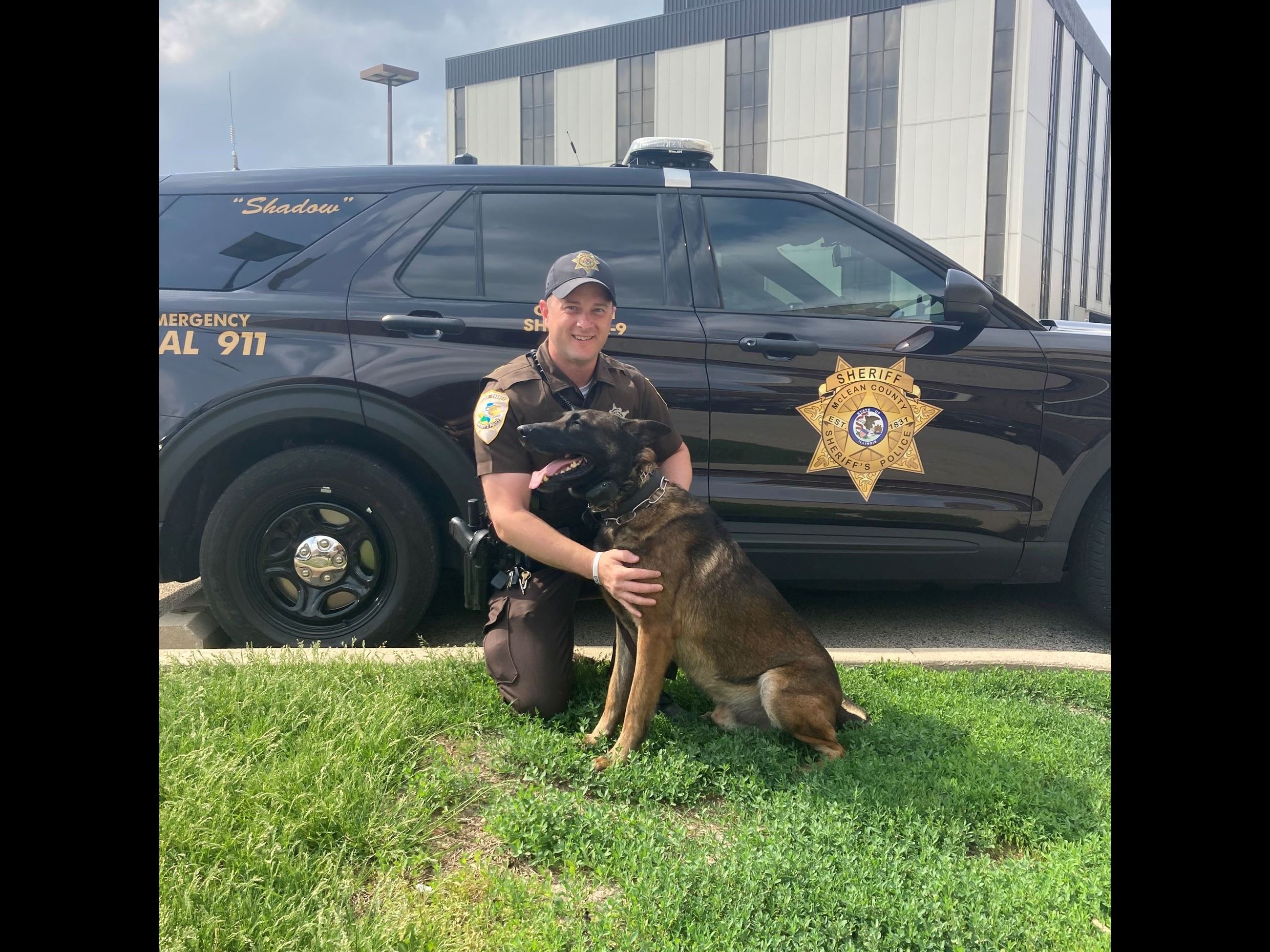 Both Kano and Shadow are considered full-service K-9's because they are certified in the following areas:

The MCSO K-9 Unit works and trains closely with other local police K-9 units and is proud to serve and protect the citizens of McLean County.

The McLean County Sheriff’s Office would also like to recognize our past K-9 units and thank them all for their efforts and hard work over the years.